Apple Watch Ultra never turns off. In its first four versions, the Apple Watch could not always display the time like a normal watch could: the gap was closed starting with Apple Watch 5, while now there is also the top Apple Watch model that can tell the time even when it’s off.

Apple Watch has traditionally supported three power states before discharging: on with full functionality, off with no functionality, and power saving with the ability to display the time. The latter mode allowed the user to still view the time, while renouncing all smart features.

Last September, the Apple Watch Ultra joined the lineup with even more battery life. It is precisely in this model that things get interesting for the reserve mode.

Unlike other models, Apple Watch Ultra does not have the option to reserve when you turn off the watch. Presumably because the Apple Watch Ultra has a battery life of 36 hours compared to 18 hours on the standard and SE models.

Apple Watch Ultra, has two power modes before the battery runs out:

It turns out that it’s actually the manual shutdown state that no longer exists. That’s because manually turning off the Apple Watch Ultra still displays the time it was turned off—just hold the Digital Crown for a few seconds, just like you would on any other model, to enter low power mode.

The Apple Watch Ultra isn’t the first Apple device to still have functionality when you turn it off. iPhone can reserve enough battery to keep Where’s On so that it can be found even if it’s turned off.

If you are interested in the Apple smartwatch, you will find all the details on the latest models on the respective pages: Apple Watch Series 8, cheap SE and the top model Ultra. 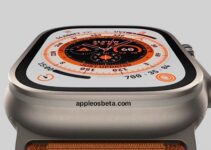 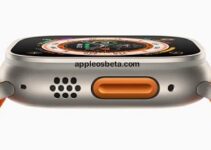 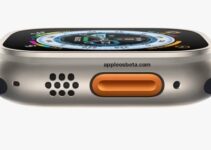