Home
Apple Watch
How to change (remove) the strap (bracelet) on Apple Watch?

How to change (remove) the strap (bracelet) on Apple Watch? Considering the cost of the Apple Watch, there are probably many users of this device who want to update the look of their smart watch over time for a relatively small price, simply by replacing the strap.

RealityOS: everything we know about Apple’s operating system for mixed reality glasses

Whether you own a sporty Apple Watch with a bright blue rubber band or a classic Apple Watch with a more sophisticated Milanese band. But no one forces you to go in cycles in the same strap throughout the entire life cycle of the watch.

There are many options for interesting bracelets, both from Apple and from third-party manufacturers. Replacing the bracelet is a simple and painless process for the device itself. If you want to give your Apple Watch more personality and make it truly yours, you can simply change the strap.

At first glance, replacing an Apple Watch band or bracelet should not be difficult, but if you do this procedure regularly, you should take precautions.

Do bands and bracelets from older versions of Apple Watch work with new models?

How to replace (remove) the strap or bracelet on the Apple Watch?

Installing a new band is just as easy: you just need to insert the connectors of the new band into the corresponding slots on your Apple Watch. In this case, the inscription on the strap should be on the outside.

How to remove or install a block bracelet on Apple Watch?

Certain difficulties may arise when replacing a block bracelet. It can be removed by pulling out both fasteners in parallel, but in this case, the bracelet breaks, which, in turn, can damage the clasp. To safely replace the block bracelet, it must first be separated into two parts using the buttons on the inside near the clasp.

Please note that detaching the strap does not require much physical strength, as well as twisting. In order not to damage either the clasp or the bracelet itself, do the following:

How do I remove or replace the Milanese mesh bracelet?

Since 2018, the design of the classic Milanese mesh bracelet for Apple Watch has changed. The strap can now be removed completely by pulling the magnetic clasp through the eyelets or strap connector. On previous models, the clasp could not be pulled through this narrow opening.

If you don’t feel a click, try moving the strap a little to the side, and then put it back. In case of correct fixation, the bracelet should not arbitrarily move side to side without pressing the lock button. 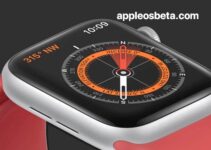 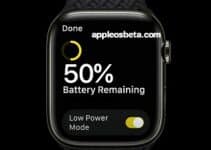