Here all the news of iOS 15

With this procedure we will see how to install the iOS 15 Public Beta on the iPhone, the procedure for iPad is different, as the public beta of iPadOS must be installed. We will see this in a future article.

Please Note. The public beta is a preliminary version of an operating system, therefore, by its nature, it can contain errors, malfunctions or bugs, so I recommend that you install the public beta only on secondary devices.

Restarted the device you will have installed the iOS 15 public beta profile.

Now we just have to download the preliminary version of iOS 15.

How to install the iOS 15 public beta

In addition to iOS15, the “feedback assistant” app will be installed on your iPhone. It will be used to send Apple communications regarding bugs or malfunctions.

iOS 15 is the new Apple operating system that officially debuted yesterday evening at the opening keynote of the annual WWDC 2021. An operating system that has seen few graphic differences but many substantial differences since Apple has decided to implement the its new operating system making it compatible as much as possible with older generation iPhones or iPads and above all allowing for superior performance in terms of speed but also of security that certainly many users complained of no longer having with iOS 14.

But what will then be the iPhones but also the iPads that will be able to afford to install the new iOS 15 next autumn when it officially arrives in the public version? Here is the official list of supported Apple smartphones and tablets: 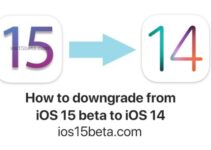 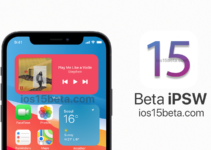