iOS 17 Supported Devices. The iOS 17 update is a new Apple firmware that will be released only a year later, at WWDC 2023. But already, some rumors from insiders about supported devices, future features and design have already begun to appear. We decided to collect all the most interesting things in advance so as not to miss any details.

Which devices will support iOS 17

Not all iPhones will get the opportunity to upgrade to iOS 17. This time, Apple may cut the iPhone 8 and iPhone 8 Plus from the list of supported devices, one of the most popular smartphones that people still use today.

Here are the iPhones that will get iOS 17

The remaining models will be limited to basic privacy updates, which Apple always releases for older models that do not support updating to current versions.

The new iOS 17 will be released at WWDC 2023 in the summer. After the presentation, all developers will have access to the beta version, which can be downloaded and installed if you have a developer profile. If there is no such profile, you will have to wait until the fall of 2023 to download and install the official version of iOS 17.

We will follow all the news about the release of iOS 17.

What’s new in iOS 17 we are waiting for

We’ve rounded up a few new features and updates that we’re looking forward to in the upcoming iOS 17.

The familiar icon design has been with us since iOS 9, it’s time to update it and add something new. Apple made it possible to customize your own lock screen in iOS 16, to create the iOS 14 home screen, replacing the icons with whatever you want – but it takes a lot of time.

Therefore, in a future update, you can add the Theme Gallery for Apple. To enable users of the Apple community to create and share ready-made settings, commands, Focus modes and other personal settings. Something similar already exists on Android, and Apple may build on this to add a Themes section in iOS 17.

In iOS 16, we never received a Camera update that conveniently combined all the modes, filters, and settings tools. Now, if you want to mirror the front camera, you still need to go from the camera to the settings, although this could be done in the application itself.

Apple may improve these settings in the next update, inspired by the Halide app or Lightroom.

Location of widgets and icons

Now you can arrange widgets and icons in a strict order on the grid. You can’t add a widget to the middle of the home screen, and you can’t have folders stacked in one column either. This setting could be added to iOS 17, as well as the ability to disable the application library, remove the panel by swiping to the left.

Reminders, Notes, Calendar are essentially applications that could exist as one application. And now, if you want to create a reminder to buy products (which you previously wrote down in Notes), you need to go ahead and create a separate reminder. And in the Calendar, there is generally a separate scheme for meeting reminders.

Why not organize it all somehow so that you don’t have to keep so many system applications that perform essentially the same function? The same can be said about Phone, FaceTime, Contacts, Messages – these applications are interconnected. They can also be linked into one convenient functional application that will take up less space and at the same time be more functional.

There is Roulette and Magnifier.

It can display temperature, time, battery percentage and date for easy quick viewing. This would be a useful feature. 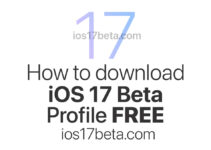