iPhone, Mac and iPad with excessive heat, here are the maximum temperatures. Every year the summer becomes more and more hot, a situation that aggravates the drought that affects our nation, and average temperatures that are not good for health and are not a cure-all even for the many electronic devices that we all have at home.

How to broadcast your screen in FaceTime calls

The operating temperatures of the Mac

Apple recommends that devices be kept “at acceptable operating temperatures”. Mac and other Apple devices comply with the temperature limits defined by national and international safety standards but it is good to follow the manufacturer’s recommendations.

As for notebooks, Apple suggests using them in places with a temperature between 10 and 35 ° C. He still recommends not to leave the Mac in the car, as the temperature could exceed these values ​​and to use laptops in places with a relative humidity between 0 and 95% (non-condensing).

It is also a good idea to use MacBooks on a stable work surface that allows for good ventilation; better not to use the laptop on the bed, on a pillow or under the covers. Apple still suggests not putting anything on top of the keyboard; if there are any ventilation openings, it is obviously important not to block them.

The fans of iMac, MacBook Pro and other Apple computers

Some Apple products have sensors that respond when they detect changes in temperature within the system or device, activating the fans to bring a flow of cold air to key components.

Apple explains that if the device’s processor is performing particularly complex operations, such as compressing an HD video or indexing the internal drive with Spotlight after data migration, or a game with very heavy graphics , the fans run faster to intensify the airflow. In this case, you may hear the noise of the fans, especially if we are in a quiet environment. This noise is part of the normal cooling process.

Apple suggests that it is best to avoid exposing iPhones and iPads to drastic changes in temperature or humidity levels, explaining for example that when iPhone is running or the battery is charging, it is normal for it to overheat.

If the internal temperature of the iPhone or iPad exceeds normal operating temperatures (for example, inside a hot car or when the user is in direct sunlight for an extended period of time) the operating system may activate features designed to allow the device to adjust the temperature: iPhone / iPad battery charging stops, the screen dims, a temperature warning message appears, some apps may close.

When a temperature warning message appears, iPhone and iPad cannot be used. If the internal temperature remains too high, the device enters an advanced standby state until it cools down. In this case, Apple suggests placing the iPhone or iPad in a cooler environment away from sunlight and waiting a few minutes before trying to use it again.

Apple still suggests avoiding the use of iPhones and iPads in a sauna or Turkish bath, at temperatures other than those recommended or in extreme humidity conditions.

If necessary, Apple Watch adjusts the internal temperature. In these cases the user may notice changes: charging times increase or charging may stop, the display may darken, data transfers may slow down or be suspended, apps may close, on models with cellular connection this may not be available (will come back will have cooled down).

If Apple Watch is exposed to temperatures above normal, the display only shows a red thermometer and the time. If you are wearing the device, you can remove it from your wrist; If the Apple Watch is charging, it is best to remove it from the charger. The clock turns off automatically a few seconds after displaying the thermometer. Laciato on the charger, the watch does not turn off; if we try to turn it back on, the red thermometer will be displayed again.

If we see the thermometer signal, it is a good idea to move the Apple Watch to a cooler place and let it cool before wearing it again or continuing to charge it. The watch will automatically turn on again once it has cooled down.

Apple suggests in all cases to always use the original power supplies (here we explain why). In the case of Apple Watch, for example, its power supply and magnetic charging cable meet certain standards and limits that compatible accessories do not always respect. 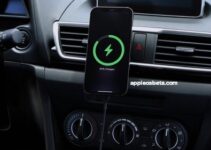 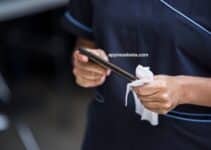 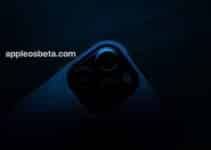