Home
iPhone
iPhone Won’t Turn On, This Must Be Done

Help, the iPhone won’t work anymore! The phone has not always become a recycling case. Here’s how you can proceed.

Annoying when the iPhone or iPad no longer works, although it was still working perfectly until recently. The problem can have several causes before you write off your iOS device as a total failure and take it to the recycling center or, better still, to the Apple Store, but a number of measures will help. It doesn’t have to be a new iPhone or iPad. After all, Apple also takes back defective old devices or trade-in.

But don’t throw in the grain straight away. Because the reasons for the supposed defect can be harmless and can be remedied with a few simple measures. Under certain circumstances the battery is simply deeply discharged or there was a problem with the last update. Cases in which iOS maintenance updates put certain devices out of action are less common; for some users, the update to iOS 13 did not go really well. So don’t panic if your iPhone or iPad doesn’t work and lies in front of you like a brick. There may still be a spark of digital life in the device. How to proceed in detail:

What sounds banal at first glance is the most common reason for failure for iPhones and iPads that are not working properly: The battery simply has too little charge. In particular, the batteries of older and heavily used devices can stop operating earlier than expected and discharge completely. So, plug the iPhone into the charger and wait at least ten minutes before trying to turn it on again. It already needs enough energy to start, before it will not react to the activation of the button.

However, the undersupply of the battery may be due to the fact that the charger and / or cable are defective. So try a different plug and cable, especially if they are visibly damaged. We also know of some cases in which a dirty Lightning socket prevented charging.

If necessary, you can borrow the hardware for it. You will certainly find further help in this regard in the next Apple Store. You have to go to this anyway if you can be sure that you have charged the iPhone enough. But it still doesn’t work. Then there is possibly a hardware damage. But if it starts noticeably after loading, but breaks off the process at some point. You are dealing with a software problem that we want to solve in the next few steps.

This measure is known from the past when the computer went on strike or the television or other electronic device: switching it off and on again often works wonders. Well, you have trouble turning it on, but one measure that really turns off the iPhone or iPad completely and starts it up again is to reset it.

To do this, hold down the power button and the home button on iPhone models up to and including iPhone 6S (Plus) for about 5 to 15 seconds until the apple appears on the screen. From the iPhone 7 (Plus) the key combination has changed, since the home key is no longer a real button.

Instead, press the power button and the volume bar at the same time for the specified period of time and wait for the iPhone to finish booting. Owners of an iPhone X and newer have to press a different key combination. On these devices, first press the volume up key. Then the volume down key and then press the key on the right side until the Apple logo is visible.

The iPhone should always be attached to the charging cable in order to rule out battery problems. If everything is okay now, you don’t need to read any further. If your iOS device does not get past the “apple screen” when booting. You will have to restore it with the help of your Mac or PC in order to save what can be saved.

If the measures so far did not help, you can try to erase the iPhone using iTunes and then reinstall it. Starting with macOS Catalina, the same procedure works with Finder, but the options have remained the same. To do this, connect it to the Mac or PC using a USB cable and start iTunes or Finder. First click on the device icon and then on “Restore iPhone”. The management software will first try to back up the data contained on the iPhone or iPad and only install new firmware.

The program will then ask whether it should restore the device from an existing backup or set it up from scratch. The second option may result in the loss of data, but usually brings back a clean and error-free iPhone. The process can take a few hours, during which you can think about which backups or copies you have saved your data in, because you should definitely have done that at some point …

A more rigid type of recovery is possible if you have put the iPhone in DFU mode. To do this, press the power button and the home button at the same time when switching on and connect the device to a Mac or PC on which iTunes has already started. As soon as you see an icon with a USB cable and an arrow pointing to the iTunes icon on the screen. You can loosen your grip. The restoration then takes place in the manner described above.

iPhone no longer works: Use another Mac or PC

If DFU mode doesn’t work on your computer either, you should try again on another Mac or PC. A driver conflict may prevent recovery that does not recur on the other machine.

How to restore iPhone, all possible ways

iPhone no longer works: back to the old iOS

This measure is only possible if your problem occurred after installing a maintenance update and only as long as the signature is valid for the old system. This usually expires a few days after an iOS update is published. Theoretically, this should happen immediately. But in the past there have always been problems with updates, so that Apple only blocks the way back after a few days or a few weeks, if it is certain that the new iOS version does not contain any general errors or those. Which occur in more than just isolated configurations.

In order to get back to an old iOS version at all, you need to have the system in the form of an .ipsw file on your computer – as part of a previous backup in the ~ / Library / iTunes / iPhone Software Updates folder. Of course you can also google for .ipsw files, but these are not always trustworthy.

Sometimes the situation is tricky, for example in the spring of 2016 when a maintenance update put certain devices out of action. The iPhone and iPads with Touch ID repaired by third parties were refused due to Apple’s security measure and only displayed error 53. The manufacturer now has this specific problem under control, but in future emergencies it doesn’t hurt to search online to see whether others are also aware of this problem. Sometimes the solution is just another click away, but sometimes it can take a few days to find the cause and solutions.

If nothing helps, all that remains is to make an appointment in the Apple Store or to use the manufacturer’s support via chat or telephone. If it is a guarantee case, Apple has to give a new device after three unsuccessful repair attempts at the latest – according to one judgment, a refurbished one is not enough. Ifthe iPhone or iPad is a bit older, however, you will have to reach into your pocket for repairs and / or replacements. In the next Apple Store you will find out the details and then you can decide whether the repair is still worthwhile. If in doubt, they have so many devices lying around in the Apple Store that they sell some …

Before you go to the nearest Apple Store, you can clarify the situation with the Apple employee in advance. In the support area, Apple has set up a form for such cases. On the support page, select your device, then the direction of the repair, in this case “Battery and power supply”, on the lower side the desired option “The iPhone no longer turns on” appears. After the click, the user still has the choice of what to do next: Send the device in for repair, chat with the employee or make a phone call.

Tried everything, nothing helps? The genius in the Apple Store just looks at you perplexed or the advisor of the 2nd level support on the Apple hotline is at the end of his life? Then you have to face the fact: iPhones and iPads can break too. The garbage can, however, is the completely wrong place for disposal, the community recycling center is only marginally better.

Ideally, you should bring the defective iPhone back to where you got it: the Apple Store. Because Apple not only takes back old devices free of charge, but can also do something with them. In the spring of 2017, the company set itself the ambitious goal of purchasing all the raw materials required for iPhone production as recycled materials in the medium term.

Admittedly, there is still a long way to go, but the goal is gradually becoming visible. Apple is already using aluminum, which was once the iPhone or iPad, to build new phones. For completely defective old devices. Apple doesn’t even give you credit for new purchases. But the environment will thank you if you bring the electronic scrap. Which was expensive state-of-the-art technology a few years ago, back to the manufacturer . 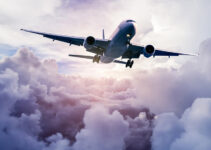 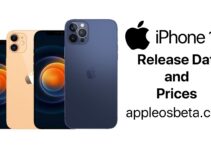 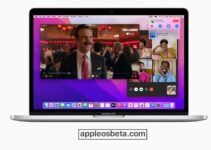